The Tale of Us 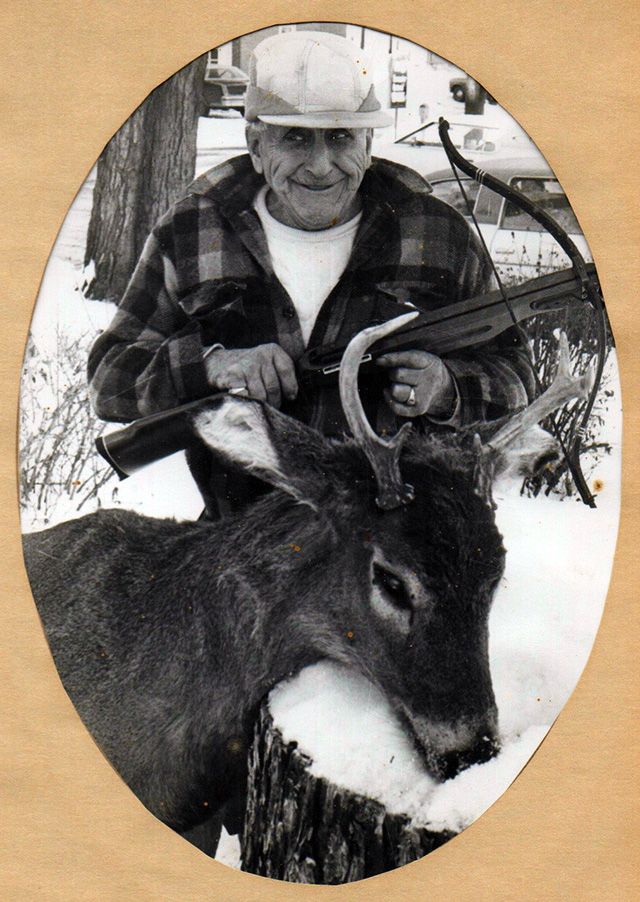 Gary’s love of the Hocking Hills area began with his first visit to ‘The Preserve’ property as a child. His grandfather, Carl Weaver, who had been given special access to the land in mid 1940s, enjoyed spending time hiking, hunting, and camping amongst the breathtaking remote landscape. 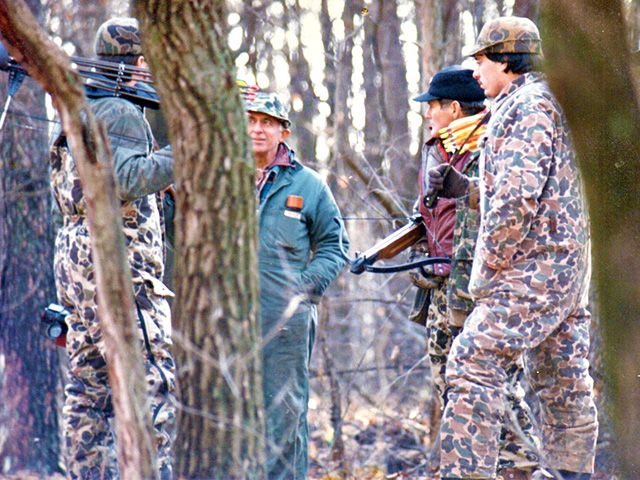 In 1996, Gary; his father, Calvin; cousin, Allen; and Allen’s father, Kenneth purchased 72 acres of land and a cabin in southwest Hocking County as a weekend family retreat. The cabin was constructed in Canada out of locally harvested pine by the land’s original owner, Frank Gordon, who then disassembled the cabin and relocated it to Ohio. 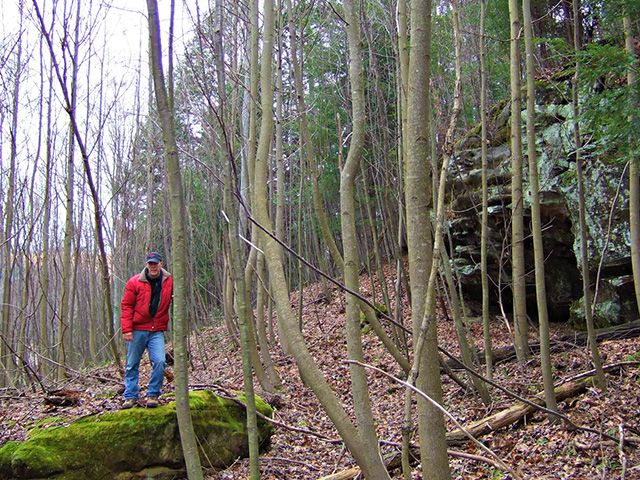 Gary’s dream of living in the area one day and building a log cabin home became a reality in 1998, when he was sold a premier 10-acre parcel situated between Saltpetre Cave and Sheick Hollow Nature Preserve; the same land he, his father, and grandfather used to visit! 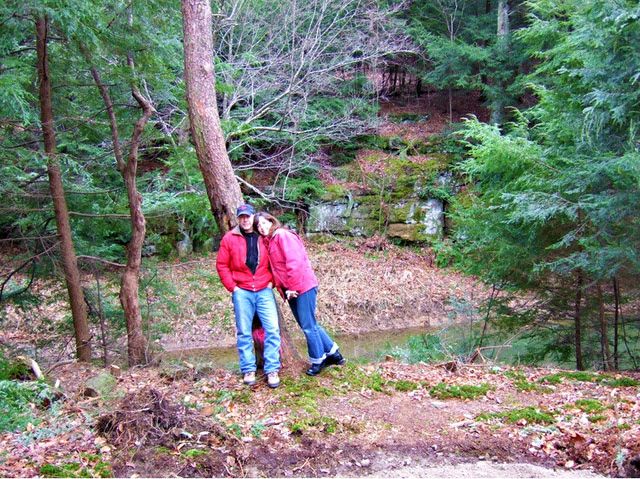 Gary, thrilled to now own a piece of the heaven on earth that he and his family had enjoyed visiting throughout the years, began plans to build a log home and rental cabins on the property. In 2006, Gary and his new bride, Karen began the exciting work of making this dream a reality. 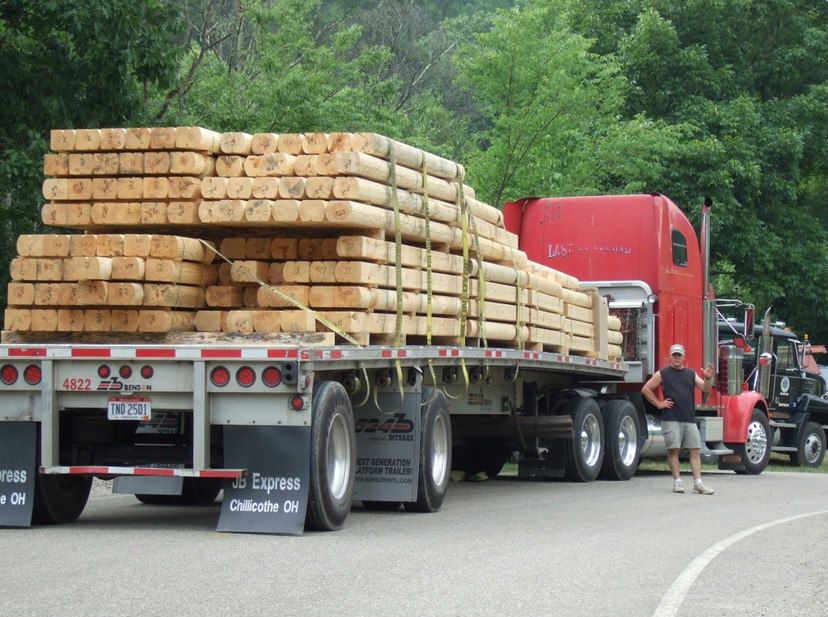 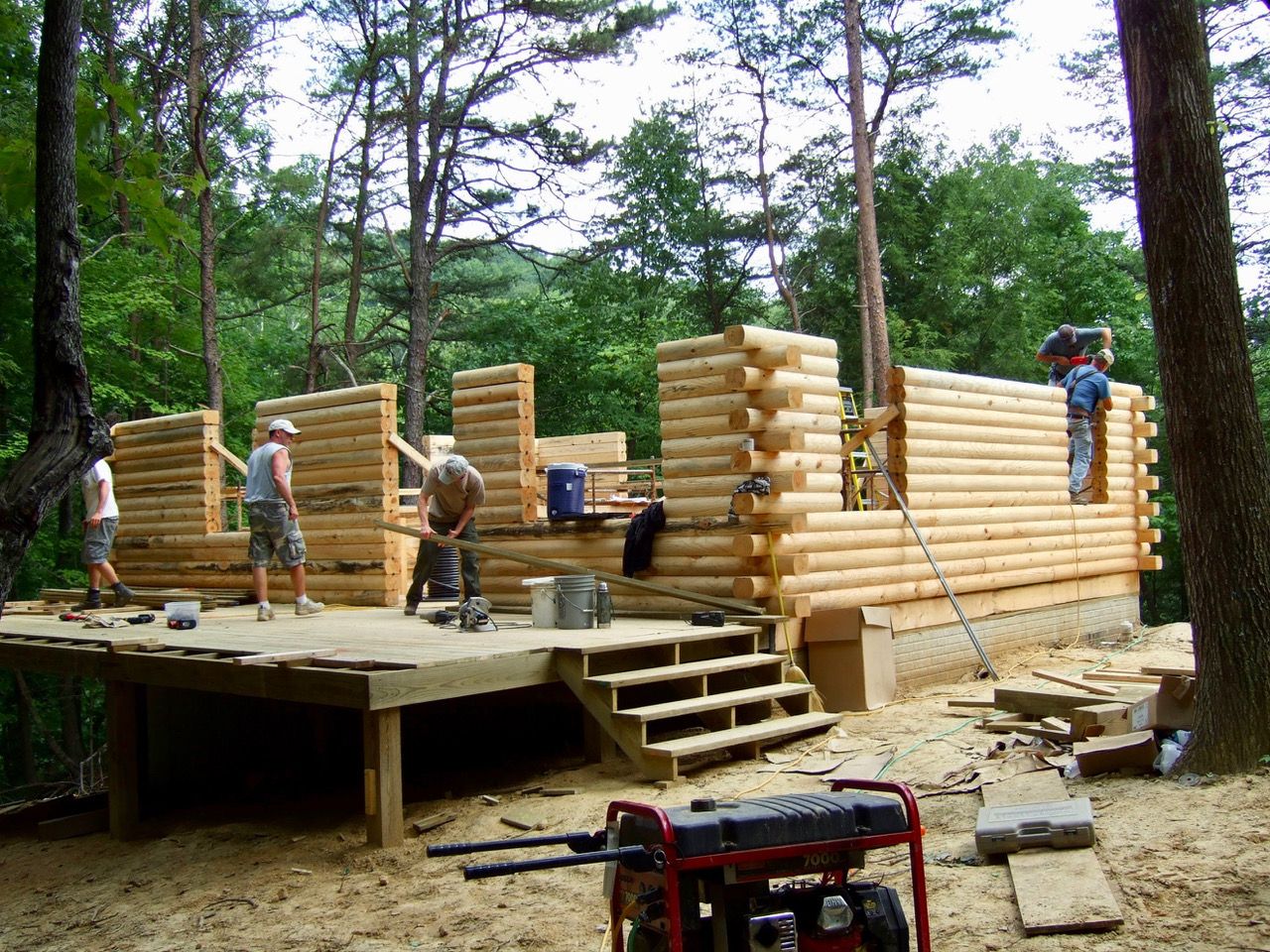 Cabin construction was led by Gary and master carpenter and friend, Roger Smith, along with a hard-working crew of local tradespeople, friends, and family. Prior to the log raising, Gary and his team built a pole barn to store the home’s building materials. The cabin was complete in 2008 and the first installment of Gary & Karen’s vision was fulfilled! 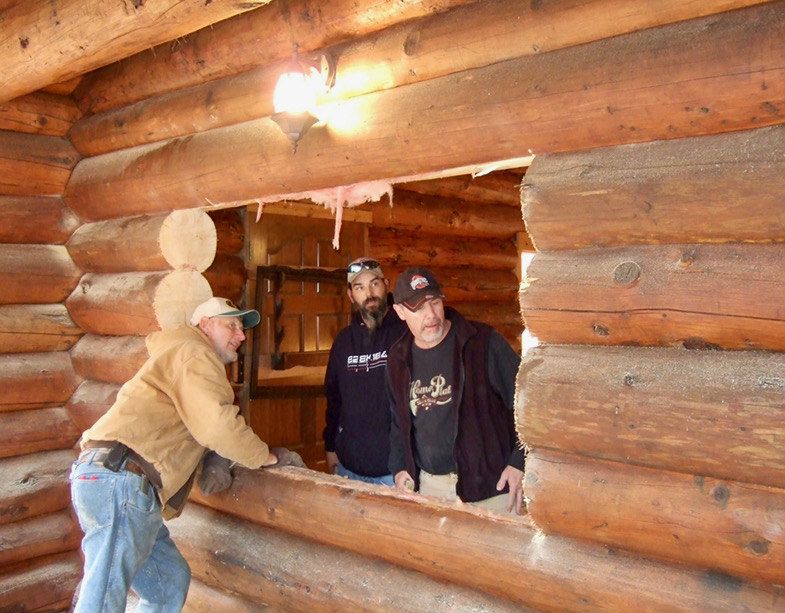 The family cabin near Tar Hollow State Park was renovated in 1998 to include an oversized covered front porch and two balconies. In 2011, the interior is completely remodeled and a big picture window is added. The secluded ‘Elkin’s Pass Cabin’ becomes the second Creek’s Crossing rental and one of the Laurelville area’s most desirable retreat destinations. 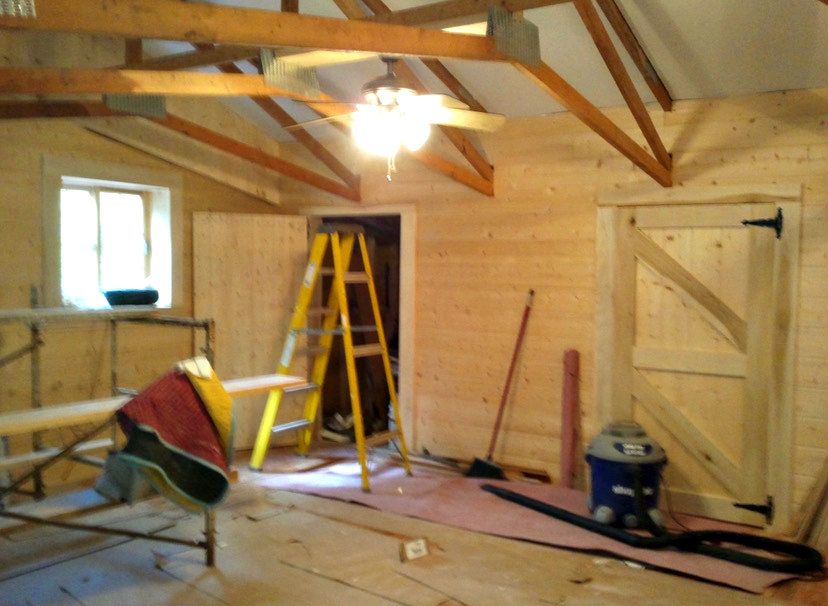 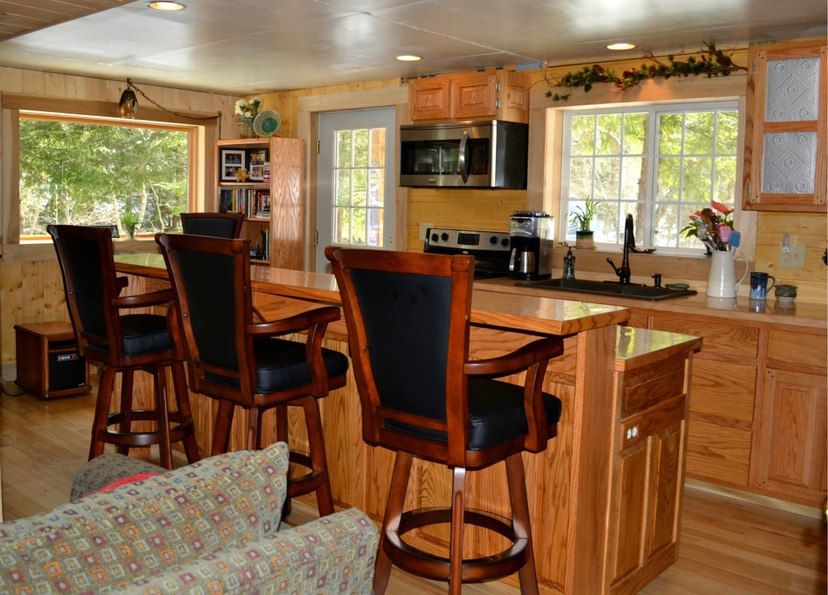 After living in the renovated pole barn for two years, Gary & Karen purchased another home in the area and made ‘Creekside Cabin’, their third Creek’s Crossing retreat for guests to enjoy! The many amenities of this cabin plus its gorgeous creekside location, make it an ideal year-round family or romantic escape. 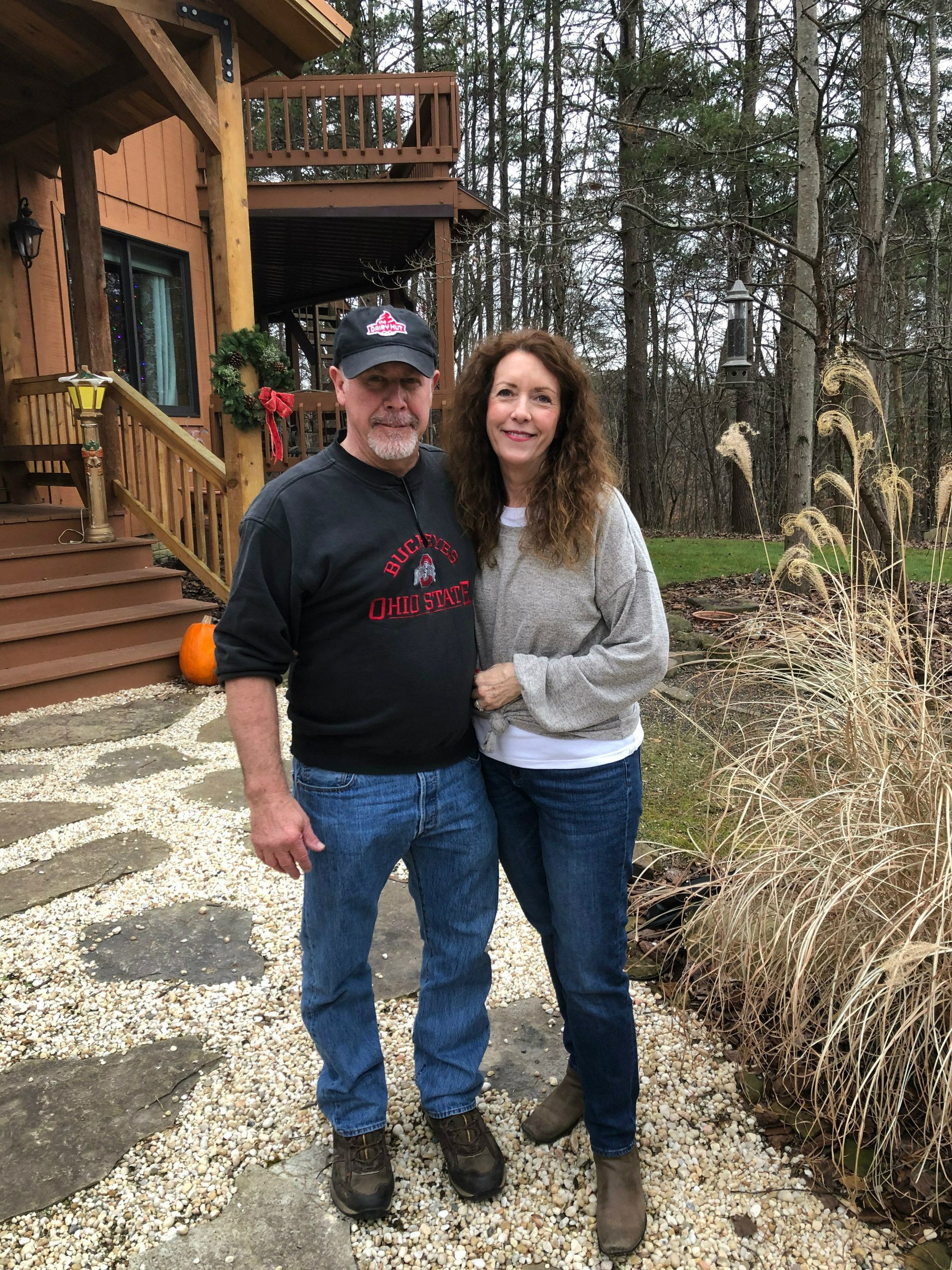 Gary & Karen’s full vision to construct a bridge over the Big Pine Creek and build additional cabins is on the horizon. The couple’s love of the Hocking Hills area is exemplified in the meticulous construction and care of their rentals and the unparalleled hospitality that their guests enjoy.